3D
360°
Scan The World
1,712 views 100 downloads
1 collection
Community Prints Add your picture
Be the first to share a picture of this printed object
0 comments

This statue of Aspelta, scanned at the Kerma Museum in Sudan, was created during his reign in the Kingdom of Kush (c. 600 - 580 BC).

More is known about him and his reign than most of the rulers of Kush. He left several stelae carved with accounts of his reign. 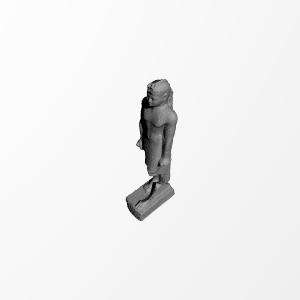