3D
Scan The World
11,518 views 644 downloads
4 collections
Community Prints Add your picture
Be the first to share a picture of this printed object
0 comments

This sculpture is a simplified and smaller variant of the Athena Parthenos, the famous gold and ivory statue made by the sculptor Phidias in the 5th century BC for the cella of the Parthenon. This work dates to between the second half of the 1st century BC and mid-1st century AD. In one of the folds of Athena's robe, next to her right foot, is the fragmentary signature of the Athenian scutlpor Antiochos. Modern additions made during restoration work have changed the mosition of her arms compared to the Athenian original. 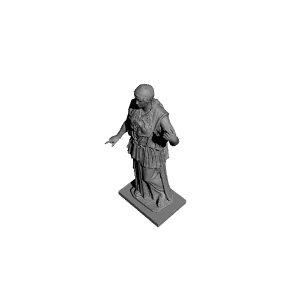