3D
Featured Scan The World
1,880 views 154 downloads
4 collections
Community Prints Add your picture
Be the first to share a picture of this printed object
0 comments

A figure sculpture of Balthasar (one of the Magi) in limewood. Most of the original polychrome (red, gold, green and black) survives. South German.

Magi are also known as the three wise men from the Christmas nativity story. Balthazar is traditionally referred to as the King of Arabia and often regarded in history as a Saint. He is depicted holding a pot of myrrh as he was the King who gave this as a gift to the Lord baby Jesus. 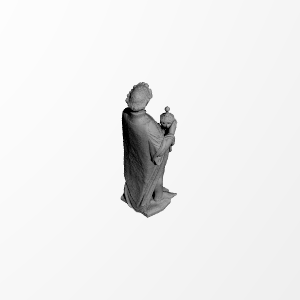 ×
4 collections where you can find Statue of Balthasar by HuntMuseum