3D
Scan The World
14,593 views 1,422 downloads
10 collections
Community Prints Add your picture
Be the first to share a picture of this printed object
0 comments

Charles Darwin is renowned for his theory of evolution by means of natural selection, an idea he presented along with Alfred Russell Wallace, to the Linnaean Society in 1858. This theory, along with Darwin's The Origin of Species publication a year later, transformed how we understand the natural world.

Charles Darwin and Thomas Henry Huxley were well-known scientists of the time, and their statues have both stood in the North Hall of the Museum. In 1885 the statue of Darwin took pride of place in the Central Hall, which may not have pleased Richard Owen, who had never fully embraced Darwin’s ideas. In 1927 Darwin’s statue was moved to the North Hall, to be replaced by a statue of Richard Owen in the prominent position on the Central Hall staircase. The Darwin statue was moved back to the Central Hall  to celebrate Darwin200. 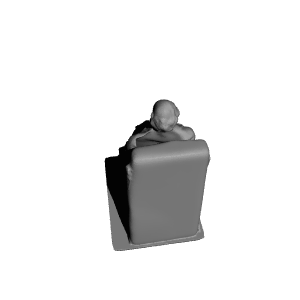 ×
10 collections where you can find Statue of Charles Darwin by Sir Joseph Boehm at Natural History Museum, London by Scan The World