3D
Scan The World
2,812 views 95 downloads
1 collection
Community Prints Add your picture
Be the first to share a picture of this printed object
0 comments

This little statue represents Dionysus, the god of the wine, and vine with the panther.

The Greek Dionysus was representative of the grapes in the vineyards, and of course the wine that they created.

He is a god of epiphany, "the god that comes", and his "foreignness" as an arriving outsider-god may be inherent and essential to his cults. He is a major, popular figure of Greek mithology and religion, becoming increasingly important over time, and included in some lists of the twelve olympians, as the last of their number, and the only god born from a mortal mother. His festivals were the driving force behind the development of Greek theatre. 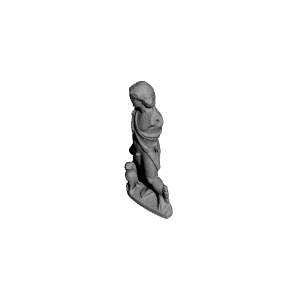