3D
360°
Scan The World
1,823 views 82 downloads
Community Prints Add your picture
Be the first to share a picture of this printed object
0 comments

This is a torso fragment of a copy of the Doryphoros of Polykleitos, one of the best known Greek sculptures of classical antiquity, depicting a solidly built, muscular, standing warrior, originally bearing a spear balanced on his left shoulder. Rendered somewhat above life-size, the lost bronze original of the work would have been cast circa 440 BCE, but it is today known only from later (mainly Roman period) marble copies. 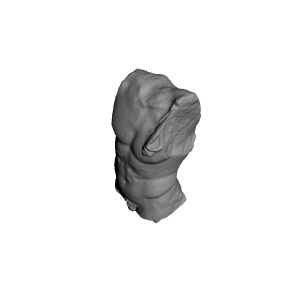