Statue of Duke Henry II, called Jasomirgott, on the square in front of the Vienna City Hall. The monument from 1867 was made by Franz Melnitzky and was located on the Elisabeth Bridge until 1897. 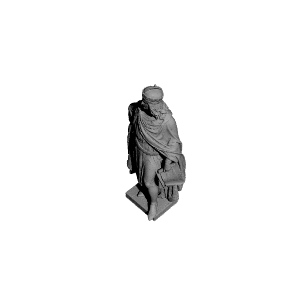