A Hermaphroditus ia a mythical being in which the characteristics of male and female are combined. In Greek mythology, he was considered as the son of Aphrodite and Hermes - he was born a remarkably handsome boy with whom the water nymph Salmacis fell in love and prayed to be united forever. A god answered her prayer and merged their two forms into one and transformed them into an androgynous form. 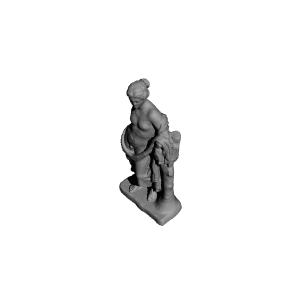 ×
4 collections where you can find Statue of Hermaphroditus by Scan The World
×
Bianca Wright
@BiancaWright
1
Printed on: Anet A8
Material: PLA
Posted at: 16th January 2018
Loading comments...