3D
Scan The World
1,681 views 100 downloads
Community Prints Add your picture
Be the first to share a picture of this printed object
0 comments

Herodes Atticus was a teacher of Emperor Marcus Aurelius and one of the richest men of Greece. He donated a representative fountain complex with several statues of the imperial family and his own family members to the sanctuary of Olympia. This draped statue shows him as a well-educated Roman citizen and orator. 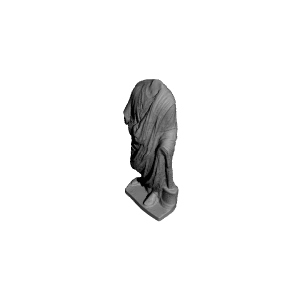