3D
Scan The World
2,782 views 173 downloads
1 collection
Community Prints Add your picture
Be the first to share a picture of this printed object
0 comments

Shalmaneser III was king of Assyria (859–824 BC), and son of the previous ruler, Ashurnasirpal II. His long reign was a constant series of campaigns against the eastern tribes, the Babylonians, the nations of Mesopotamia and Syria, as well as Kizzuwadna and Urartu. His armies penetrated to Lake Van and the Taurus Mountains; the Hittitesof Carchemish were compelled to pay tribute, and the kingdoms of Hamath and Aram Damascus were subdued. It is in the annals of Shalmaneser III from the 850s BC that the Arabs and Chaldeans first appear in recorded history. 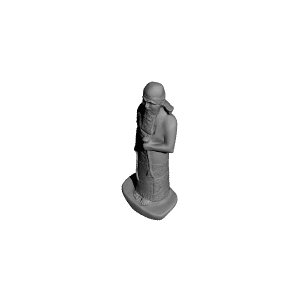