3D
Scan The World
2,083 views 90 downloads
Community Prints Add your picture
Be the first to share a picture of this printed object
0 comments

Marcus Aurelius Antoninus became the Emperor of Rome in 161 A.D. He was a man who truly wanted peace within the Roman Empire, but in order to accomplish this he had to spend most of his entire reign protecting the borders if the Empire. He was forced to wage war with the Parthians from 161 A.D. until 165 A.D., and his campaign was very successful. The downside was that his soldiers brought back with them a killer plague which swept through the entire Empire and killed thousands of Romans. Marcus Aurelius was very hostile to Christianity and persecuted the Christians heavily, considering them a threat to the established order of the empire. 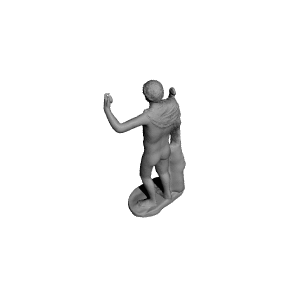 ×
0 collections where you can find Statue of Marcus Aurelius at The State Hermitage Museum, St Petersburg by Scan The World