3D
Scan The World
3,028 views 161 downloads
1 collection
Community Prints Add your picture
Be the first to share a picture of this printed object
0 comments

This life-size statue depicts the seated figure of Ramesses III, who ruled Egypt for 32 years and who is often considered the last great pharoh of ancient Egypt. It was probably dedicated to a cannanite temple in Beth Shean, but was found broken and mutilated in a secondary context. The statue may have been installed as a form of Egyptian propaganda- an attempt to exercise power when Egypt’s actual hold over canaan was in decline. 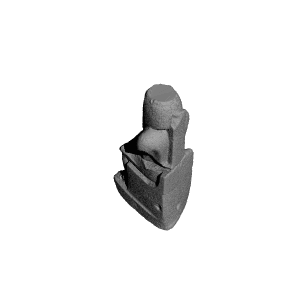