3D
Scan The World
1,132 views 80 downloads
1 collection
Community Prints Add your picture
Be the first to share a picture of this printed object
0 comments

This is a statue of Robert Raikes ("the Younger") (14 September 1736 – 5 April 1811) was an English philanthropist and Anglican layman noted for his promotion of Sunday schools. Pre-dating state schooling and by 1831 schooling 1,250,000 children, they are seen as the first precursor schools of the English state school system.

The original schedule for the schools, as written by Raikes was "The children were to come after ten in the morning, and stay till twelve; they were then to go home and return at one; and after reading a lesson, they were to be conducted to Church. After Church, they were to be employed in repeating the catechism till after five, and then dismissed, with an injunction to go home without making a noise." 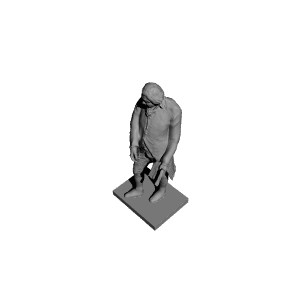