3D
Scan The World
2,839 views 207 downloads
6 collections
Community Prints Add your picture
Be the first to share a picture of this printed object
0 comments

This is a fragment of a limestone statue (snout restored) of the chief god of the Fayum, the crocodile-headed Sobek. The statue comes from the mortuary temple of Amenemhat III, attached to his pyramid at Hawara. Known as 'The Labyrinth' in classical times, the temple was described by Herodotus as surpassing even the pyramids as a marvel 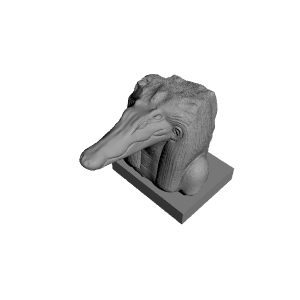