Statue of the Esquiline Venus

3D
Scan The World
1,927 views 147 downloads
1 collection
Community Prints Add your picture
Be the first to share a picture of this printed object
0 comments

Statue of the Esquiline Venus

The statue portrays Venus emerging from the water and combing her hair. The cobra coiled around the vase relates this figure to Aphrodite-Isis, a goddess of clear Hellenistic origin. This eclectic work dating back to the early Roman Imperial age is influenced bu the severe style. From an underground chamber in the Horti Lamiani (1874) 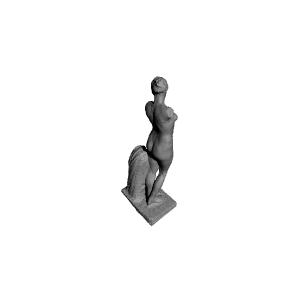