Statue of Trajan, known as the Hercules-Silvanus

3D
Scan The World
2,487 views 64 downloads
Community Prints Add your picture
Be the first to share a picture of this printed object
0 comments

Statue of Trajan, known as the Hercules-Silvanus

This statue, possibly carved after the death of Trajan (AD 98-117), shows an unusual image of the emperor portrayed in the heroic-divine role of Hercules-Silvanus. A leonté (lion's skin) is draped over the naked body as a symbol of Hercules, the hero associated with victory and triumph. Silvano, the god of fertility and abundance, is evoked by the pine crown on the emperor's head. In this representation, the celebration of Trajan's heroic camphaigns of conquest find an effective form of expression. First half of 2nd century 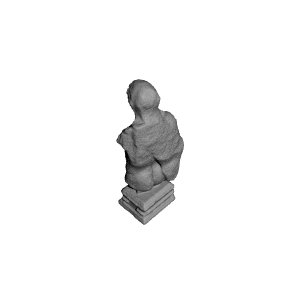 ×
0 collections where you can find Statue of Trajan, known as the Hercules-Silvanus by Scan The World