Statue of Zeus with Eagle

3D
Scan The World
3,072 views 76 downloads
Community Prints Add your picture
Be the first to share a picture of this printed object
0 comments

Statue of Zeus with Eagle

This is a headless statue of Zeus holding his eagle. This sculpture was discovered at the Temple of Zeus Labranios at Phassoula.

Zeus is the sky and thunder god in ancient Greek religion, who rules as king of the gods of Mount Olympus. His name is cognate with the first element of his Roman equivalent Jupiter.

The "Aetos Dios" is translated from Greek into "Eagle of Zeus". There are two schools of thought regarding the origin of this eagle, coming from different Greek legends.

According to Antoninus Liberalis, Periphaswas a legendary king of Attica who was a just king, and a dutiful priest of Apollo. Zeus, however, became indignant because Periphas was revered and honoured as if he were Zeus himself, so Zeus wanted to destroy Periphas and his entire household. But Apollo interceded, and instead, Zeus transformed Periphas into an eagle, making him king of all birds and guard of his sacred sceptre.

In other accounts, the eagle was, in fact, an ancient creation of the goddess Gaia. He appeared before Zeus at the start of the Titanomachy. Zeus took this to mean a good omen of victory, leading to him using the emblem of a golden eagle on his war standard 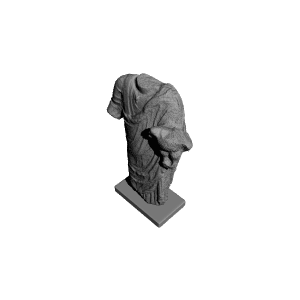