These three sculptures depict Saint Martin de Tours, Saint Jerome and Saint Gregoire. They are part of the eastern portal of Notre Dame and situated in the  southern part of the southern transept.

This portal is also named “the portal of Confessor” . Here are depicted al the saints that contributed to the spread and propagation of Christian faith. These three saints along with other three, are sculpted into the columns of the portal. These sculptures, compared to other ones in the other portals, are distinctive for their realistic figure in aspect and proportions. 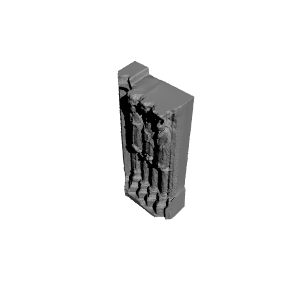