3D
Scan The World
1,926 views 78 downloads
1 collection
Community Prints Add your picture
Be the first to share a picture of this printed object
0 comments

Dedicated in 800 AD, Stela I (also known as Monument 9) is incredibly ornate and remarkably different from the other stela in almost every respect. It is a little surprising that it was created by one of the later rulers and in fact the last ruler, Jade Sky. On this monolith, Jade Sky is depicted sitting on a raised throne surrounded by the Sky Band. All around the periphery of the monument is the imagery of corn and abundance. It is likely that this monument was erected in the hope that it would prompt a return to the happy days of abundance, rather than celebrate abundance. It is now known that widespread drought caused several cultures to collapse in the 8th and 9th centuries - including the Maya. Quirigua was abandoned shortly after this monument was erected. According to a translation, Stela I describes a visit in 736 AD from the ruler of Calakmul, Wamaw K’awiil. This has led to a proposal that Calakmul may have funded Quiriguá’s expansion and eventual fight for independence against their master, Copán. 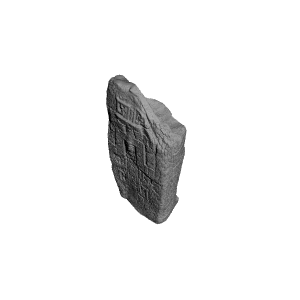