Stela with the Amun-Re and Mut relief

3D
Scan The World
3,084 views 166 downloads
Community Prints Add your picture
Be the first to share a picture of this printed object
0 comments

Stela with the Amun-Re and Mut relief

This is a limestone stela, on which the Royal Scribe, Nebamun, worships Amun-Re and Mut. Medinet Gurob, New Kingdom, 19th Dynasty

Mut (Maut, Mwt) was the mother goddess of Thebes (Waset, in the 4th Nome of Upper Egypt). The ancient Egyptians considered the vulture to be a protecting and nurturing mother, and so their word for mother was also the word for a vulture, "Mwt". She was either depicted as a woman, sometimes with wings, or a vulture, usually wearing the crowns of royalty - she was often shown wearing the double crown of Egypt or the vulture headdress of the New Kingdom queens. Occasionally she was depicted as a male, in part because she was "Mut, Who Giveth Birth, But Was Herself Not Born of Any", and in part due to the superstitious belief that there were, in fact, no male griffon vultures (the male is almost identical in appearance to the female). In later times she was shown as a woman with the head of a lioness, a cow or a cobra as she took on the attributes of the other Egyptian goddesses.

Amun was one of the most powerful gods in ancient Egypt. At the height of Egyptian civilisation, he was called the 'King of the Gods'. Amun was important throughout the history of ancient Egypt. However, when Amun was combined with the sun god Ra he was even more powerful. He was then called Amun-Ra. 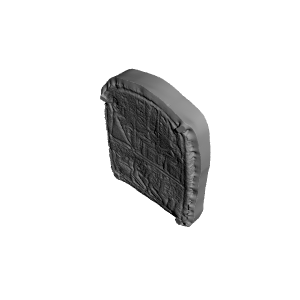