3D
Scan The World
1,212 views 42 downloads
Community Prints Add your picture
Be the first to share a picture of this printed object
0 comments

A stele is a stone or wooden slab, generally taller than it is wide, erected in ancient Western culture as a monument, very often for funerary or commemorative purposes ("grave steles"). Stelae as slabs of stone may also be used for ancient Greek and Latin government notices or as territorial markers to mark borders or delineate land ownership. The surface of the stele may very often have text and/ or have ornamentation. This ornamentation may be inscribed, carved in relief, or painted onto the slab. Traditional Western gravestones may technically be considered the modern equivalent of ancient stelae, though the term is very rarely applied in this way. Equally, stelae-like forms in non-Western cultures may be called by other terms, and the words "stele" and "stelae" are most consistently applied in archaeological contexts to objects from Europe, the ancient Near East and Egypt, China, and sometimes Pre-Columbian America. 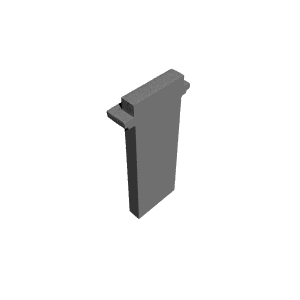 ×
0 collections where you can find Stele by Scan The World