Stele base with hieroglyphic inscription

3D
Scan The World
1,251 views 31 downloads
Community Prints Add your picture
Be the first to share a picture of this printed object
0 comments

Stele base with hieroglyphic inscription

The last monarch of the Old kingdom, Telepinu, reigned until about 1500 BC. Telepinu's reign marked the end of the "Old Kingdom" and the beginning of the lengthy weak phase known as the "Middle Kingdom". The period of the 15th century BC is largely unknown with very sparse surviving records. Part of the reason for both the weakness and the obscurity is that the Hittites were under constant attack, mainly from the Kaska, a non Indo-Europeanpeople settled along the shores of the Black Sea. The capital once again went on the move, first to Sapinuwa and then to Samuha. There is an archive in Sapinuwa but it has not been adequately translated to date.

It segues into the "Hittite Empire period" proper, which dates from the reign of Tudhaliya I from c. 1430 BC.

One innovation that can be credited to these early Hittite rulers is the practice of conducting treaties and alliances with neighboring states; the Hittites were thus among the earliest known pioneers in the art of international politics and diplomacy. This is also when the Hittite religion adopted several gods and rituals from the Hurrians. 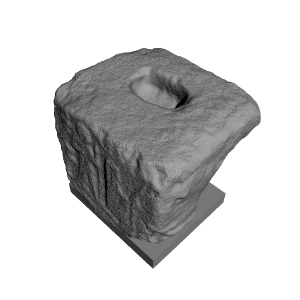