3D
Scan The World
1,556 views 49 downloads
Community Prints Add your picture
Be the first to share a picture of this printed object
0 comments

By 1160 B.C., the political situation in Asia Minor looked vastly different from that of only 25 years earlier - although the Hittite Kingdom disappeared from Anatolia at this point, there emerged a number of so-called Neo-Hittite kingdoms in Anatolia and northern Syria. The most notable Syrian Neo-Hittite kingdoms were those at Carchemish and Milid. 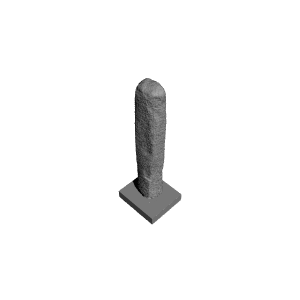