3D
360°
Scan The World
1,547 views 97 downloads
3 collections
Community Prints Add your picture
Be the first to share a picture of this printed object
0 comments

This is a stemma of Venice, depicting the winged lion holding a bible which is the symbol for the city of Venice. Venice was founded in 542. The patron saint is St Mark (San Marco) and the arms show his symbol. The Stemma of San Marco is available to download from Scan the World, also housed at The Museu Civici agli Eremitani.

Saint Mark, represented as a lion, is deried from Mark's description of John the Baptist as "The voice of the one who cries in the wilderness: Prepare Ye the way of the Lord, make straight his paths", which artists compared to a roaring lion.

The inscription on the bible reads "Pax tibi Marce, evangelista meus", meaning "Peace to you Mark, my Evangelist". 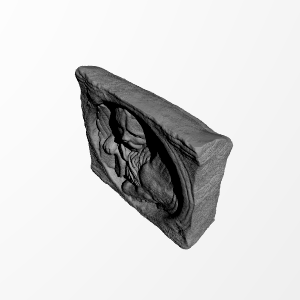