Stiloforo in the form of a Griffin

3D
360°
Scan The World
1,297 views 79 downloads
Community Prints Add your picture
Be the first to share a picture of this printed object
0 comments

Stiloforo in the form of a Griffin

This sculpture was carved by a Padovan sculptor in the second half of the 18th Century. The work is a stiloforo in the form of a griffin. A Stiloforo is an architectural term deriving from the Greek, "Bearer of a column". Unlike a Caryatid, the stiloforo supports a column from the bottom, often depicted as a lion or griffin - symbols of protection. 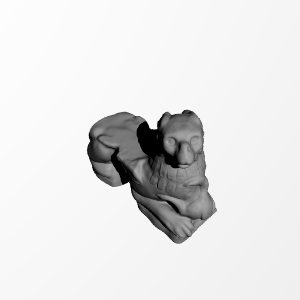