3D
Scan The World
1,019 views 30 downloads
Community Prints Add your picture
Be the first to share a picture of this printed object
0 comments

Like with the vault ribs, tracery patterns are reliable indicators of architectural style and date of origins. The fragment of tracery with two cusps and a central triangular wedge suggest the tracery pattern was stylistically quite progressive. There are several similar fragments in the convent's lapidarium.

In all likelihood, they are window traceries from the southern wing of the cloister of Friars Minor, which the archaeologist Ivan Borkovsky found in 1953. The windows were lying in the layers of soil. Only the windowsills of the three-part jambs survived which can be dated to around 1340-1350 based on their general; design and moulding. 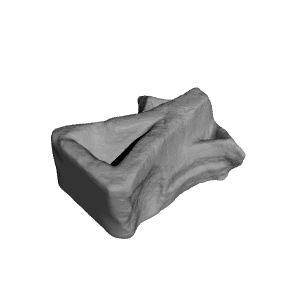 ×
0 collections where you can find Stone by Scan The World