Stone Censer in the shape of a bat

3D
Scan The World
1,908 views 84 downloads
1 collection
Community Prints Add your picture
Be the first to share a picture of this printed object
0 comments

Stone Censer in the shape of a bat

Stone receptacles reached their time of greatest popularity with the 16th (and last) ruler of Copan. They were easily moved about and may have occupied different stations on circular bases throughout the calendar year. They were often used as containers for liquid food offerings to the deities rather than burned offerings. Their glyphic name has been deciphered as "sac lac tuun" meaning “white stone container" or most probably ”white incense container”. The top of the censer represents a bat, and the body is decorated with cocoa fruits. 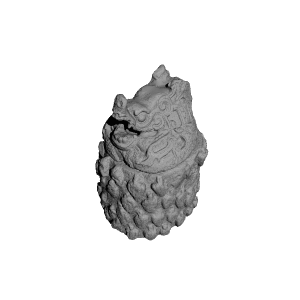