3D
Scan The World
1,470 views 102 downloads
Community Prints Add your picture
Be the first to share a picture of this printed object
0 comments

This container comes from the Cogotí area and possibly is of Inca origin, considering the presence of similar specimens found in the Cuzco area. The Incas incorporated much of our current territory into their empire, reaching the area of Rancagua in the south. In the sector of Combarbalá, they imposed on the Diaguita populations who were the local inhabitants of that area. This piece was donated to our museum by José Manuel Niño de Zepeda in the 19th century. 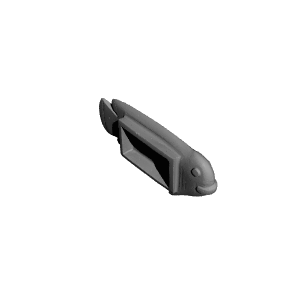 ×
0 collections where you can find Stone fish bowl by mnhnchile