Stone Sculpture of Female Deities at The British Museum, London

3D
Scan The World
4,665 views 128 downloads
2 collections
Community Prints Add your picture
Be the first to share a picture of this printed object
0 comments

Stone Sculpture of Female Deities at The British Museum, London

The early Spanish chroniclers on the Gulf Coast of Mexico give eye-witness descriptions of spectacular fan-shaped headdresses made of painted bark paper and brilliantly coloured feathers. These accounts match the costumes of Huaxtec deities recorded in the codices and rendered here in stone. Such sculptures once stood in Huaxtec shrines and temples. Tlazolteotl is the best known of several feminine deities. In the Aztec language Nahuatl, the term tlazolli is identified with filth in the form of vices and disease. As the goddess of tlazolli, Tlazolteotl was charged with purification and curing. She is also linked to concepts of birth, fertility and sacrifice. This particular deity was created AD 900-1450; there are others of a similar background already uploaded on My Mini Factory! 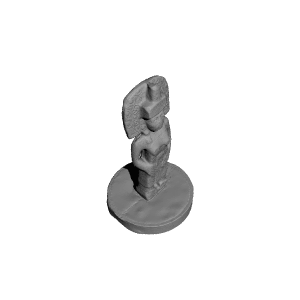 ×
2 collections where you can find Stone Sculpture of Female Deities at The British Museum, London by Scan The World