3D
Scan The World
2,759 views 127 downloads
Community Prints Add your picture
Be the first to share a picture of this printed object
0 comments

Bucranium was a common form of carved decoration in Classical architecture used to fill the metopes between the triglyphs of the frieze of Doric temples. A bas-relief or painted decor consisting of a series of bucrania draped or decorated with garlands of fruit or flowers was a Roman motif drawn from marble altars, which have survived in some number; the motif was also later used on Renaissance, Baroque and Neoclassical buildings. The name is generally considered to be a reference to the practice of garlanding sacrificial oxen, the heads of which were displayed on the walls of the temples, a practice with a long history reaching back to the sophisticated Neolithic site of Çatalhöyük in eastern Anatolia, where cattle skulls were overlaid with white plaster. A rich and festive Doric order was employed for the Basilica Aemilia on the Roman Forum; enough of it was standing for Giuliano da Sangallo to make a drawing, c 1520, reconstructing the facade; the alternation of the shallow libation dishes called paterae with bucrania in the metopes reinforce the solemn sacrificial theme. With time, during the sixteenth century, the connection with sacrifices faded and bucrania became part of a decorative vocabulary that evoked "Roman-ness".

In serious, post-antique contexts that follow the classical conventions, the presence of bucrania signifies that the Doric order is the organizing principle, but the Romans were not always so strict. In a first-century fresco from Boscoreale, protected by the eruption of Mount Vesuvius and now at the Metropolitan Museum of Art, bucrania and cistae mysticae hang on ribbons from pegs that support garlands, evoking joyous fasti. The Temple of Vesta, Tivoli, in the Corinthian order, also has bucrania in its frieze, or at least motifs interpreted by Andrea Palladio as conventional skull bucrania. They are in fact fleshed ox heads with eyes. Similarly, the Ionic Temple of Portunus in Rome has conventional bucrania in its frieze.

This interior relief was from the Altar of Augustan Peace constructed by Emperor Augustus. 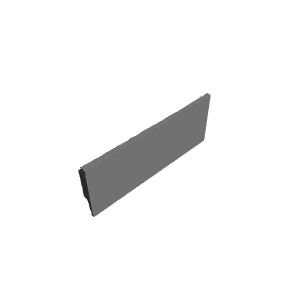