Bring George Lucas' sci-fi epic to your home with this stormtrooper wall mount. First seen in "Star Wars Episode IV: A New Hope" under the command of Darth Vader the storm troopers act as the back bone to the galactic empire and quickly became an iconic figure both in the films and in popular culture.  As one of the much loved symbols of the Star Wars universe this stormtrooper is guaranteed to add a touch of the dark side to your wall. 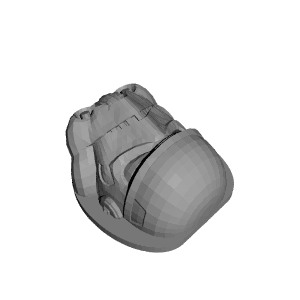 ×
10 collections where you can find Storm Trooper wall mount by Feng
×
Jonatas Bernardes
@jonatasbgb
0
Printed on: Other
Material: PLA
Posted at: 26th October 2021