3D
Scan The World
2,060 views 71 downloads
Community Prints Add your picture
Be the first to share a picture of this printed object
0 comments

Stromatoporoidea is a class of aquatic invertebrates common in the fossil record from the Ordovician through the Devonian. They were especially abundant in the Silurian and Devonian.  These invertebrates were important reef-formers throughout the Paleozoic and the Late Mesozoic. The group was previously thought to be related to the corals and placed in the Phylum Cnidaria. They are now classified in the sponges (Phylum Porifera), specifically the sclerosponges. There are numerous fossil forms with spherical, branching or encrusting skeletons of laminated calcite with vertical pillars between the laminae. 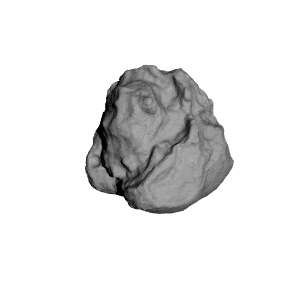