3D
Scan The World
1,686 views 73 downloads
2 collections
Community Prints Add your picture
Be the first to share a picture of this printed object
0 comments

Stucco or render is a material made of an aggregate, a binder, and water. Stucco is applied wet and hardens to a very dense solid. It is used as decorative coating for walls and ceilings and as a sculptural and artistic material in architecture. Stucco may be used to cover less visually appealing construction materials such as metal, concrete, cinder block, or claybrick and adobe.

The 7th century is the period from 601 to 700 in accordance with the Julian calendar in the Common Era. The Muslim conquests began with the unification of Arabia byMuhammad starting in 622. After Muhammad's death in 632, Islam expanded beyond the Arabian Peninsula under theRashidun Caliphate and the Umayyad Caliphate. The Islamic conquest of Persia in the 7th century led to the downfall of the Sassanid Empire. Also conquered during the 7th century were Syria, Palestine, Armenia, Egypt, and North Africa. The Byzantine Empire continued suffering setbacks during the rapid expansion of the Arab Empire. In the Iberian Peninsula, the 7th century was the Siglo de Concilios, that is, century of councils, referring to theCouncils of Toledo. Harsha united Northern India, which had reverted to small republics and states after the fall of the Gupta Empire in the 6th century. In China, the Sui dynasty was replaced by the Tang dynasty, which set up its military bases from Korea to Central Asia, and was next to the Arabian later. China began to reach its height. Silla allied itself with the Tang Dynasty, subjugating Baekjeand defeating Goguryeo to unite the Korean Peninsula under one ruler. The Asuka period persisted in Japan throughout the 7th century. 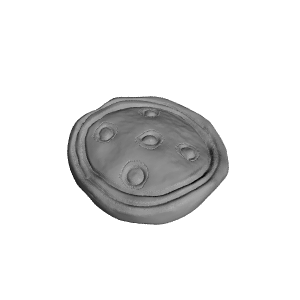 ×
2 collections where you can find Stucco Shield at The British Museum, London by Scan The World