Study for the Head of Christ of The Human Passions at The Museum of Fine Arts in Ghent, Belgium

3D
Support Free Scan The World
3,239 views 224 downloads
2 collections
Community Prints Add your picture
Be the first to share a picture of this printed object
0 comments

Study for the Head of Christ of The Human Passions at The Museum of Fine Arts in Ghent, Belgium

"Jef Lambeaux or Josef Lambeaux (14 January 1852 – 5 June 1908) was a Belgian sculptor born in Antwerp. He studied at the Antwerp Academy of Fine Arts, and was a pupil of Jean Geefs. He was part of a group of young artists, the "Van Beers clique", led by Jan van Beers. This group included the artists Piet Verhaert (1852–1908) and Alexander Struys (1852–1941). They were well known for their mischievous and eccentric behaviour, including walking around Antwerp dressed in historic costumes.

His first work, War, was exhibited in 1871, and was followed by a long series of humorous groups, including Children dancing, Say Good Morning, The Lucky Numberand; An Accident (1875). He then went to Paris, where he executed The Beggar and The Blini Pauper for the Belgian salons, and produced The Kiss (1881), generally regarded as his masterpiece. After visiting Italy, where he was much impressed by the works of Jean Boulogne, he showed a strong predilection for effects of force and motion. Other notable works include his Brabo fountain in Antwerp (1886), Robbing the Eagles Eyrie (1890), Drunkenness (1893), The Triumph of Woman, The Bitten Faun (which created a great stir at the Exposition Universelle at Liege in 1905), and The Human Passions, a colossal marble bas-relief, elaborated from a sketch exhibited in 1889. Of his numerous busts may be mentioned those of Hendrik Conscience, and of Charles Buls, the burgomaster of Brussels. He died on the 6th of June 1908."

Nothing special for print this Scan the world. Printed by garagedays3d.com Printing Services. 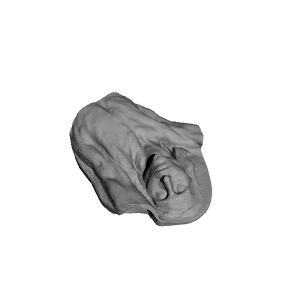 ×
2 collections where you can find Study for the Head of Christ of The Human Passions at The Museum of Fine Arts in Ghent, Belgium by Scan The World