3D
Scan The World
3,446 views 239 downloads
Community Prints Add your picture
Be the first to share a picture of this printed object
0 comments

This tribute is erected by the Suffragette Fellowship to commemorate the courage and perseverance of all those men and women who in the long struggle for votes for women selflessly braved derision, opposition and ostracism, many enduring physical violence and suffering. The Suffragettes badge is repeated on the back of the scroll.

Suffragettes were members of women's organization (right to vote) movements in the late 19th and early 20th century, particularly militants in Great Britain such as members of the Women's Social and Political Union(WSPU). Suffragist is a more general term for members of suffragemovements, if radical or conservative, male or female.

The term "suffragette" is particularly associated with activists in the British WSPU, led by Emmeline and Christabel Pankhurst, who were influenced by Russian methods of protest such as hunger strikes. Other tactics employed by members of the WSPU included; chaining themselves to railings to provoke an arrest, pouring harsh chemicals into mailboxes, breaking windows at prestige buildings and night-time arson at unoccupied buildings. Many suffragettes were imprisoned in Holloway Prison in London, and were force-fed after going on hunger strike.

New Zealand was the first self-governing country to grant women the right to vote in 1893 when all women over the age of 21 were permitted to vote in parliamentary elections. Women in South Australia achieved the same right and also became the first to obtain the right to stand for Parliament in 1895. In the United States, women over the age of 21 were allowed to vote in the western territories of Wyoming from 1869 and in Utah from 1870, and in most states outside the South by 1919. With the ratification in 1920 of the Nineteenth Amendment the suffrage was extended to women across the United States in time for the 1920 presidential election. Women over 21 were allowed to vote in Canada (except Quebec) from 1919. 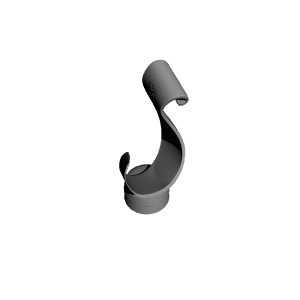 ×
0 collections where you can find Suffragettes Scroll in Victoria, London by Scan The World