3D
Scan The World
1,766 views 57 downloads
1 collection
Community Prints Add your picture
Be the first to share a picture of this printed object
0 comments

In Hindu mythology, Surya represents the Sun god. Surya is depicted as a red man with three eyes and four arms, riding in a chariot drawn by seven mares. Surya holds water lilies with two of his hands. With his third hand he encourages his worshipers whom he blesses with his fourth hand. 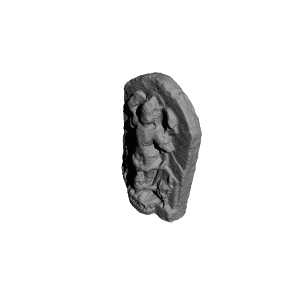