3D
Scan The World
5,963 views 627 downloads
2 collections
Community Prints Add your picture
Be the first to share a picture of this printed object
0 comments

This figurehead by Constance Alberta Brassey is on permanent display at the Greenwich Royal Museum in London. The only remains of the Sunbeam, the vessel that sailed and steamed around the world so many times, is the figurehead. Dedicated to Constance, it is said to bear some likeness to Annie’s daughter, who died aged 4 of scarlet fever. It is thought the first round the world voyage was in part a response to this loss. 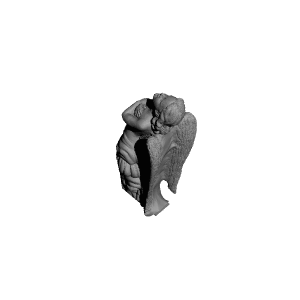 ×
2 collections where you can find Sunbeam at the Greenwich Royal Museum, London by Scan The World