3D
Scan The World
4,469 views 191 downloads
4 collections
Community Prints Add your picture
Be the first to share a picture of this printed object
0 comments

The Tower Hill Sundial was commissioned by London Underground Limited and unveiled by Denus Tunnicliffe on the 3rd August 1992. The time shown by the sundial varies from clock time by sixteen minutes at the most. This variation is known as the equation of time to obtain clock time, during the winter months deduct one hour from the shadow reading.

It was designed by John Chitty, an architect, with Edwin Russel, a sculptor, in association with Mike Duffie, the principal architect of London Underground Limited. 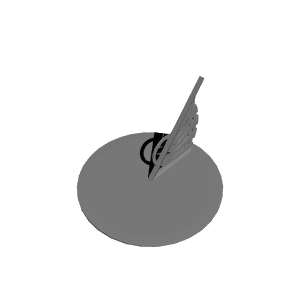 ×
4 collections where you can find Sundial in Tower Hill, London by Scan The World