3D
Featured Scan The World
3,919 views 310 downloads
2 collections
Community Prints Add your picture
Be the first to share a picture of this printed object
0 comments

When out for lunch together with my colleagues in the Thai restaurant accross the street, we stumbled upon this very old-looking bronze bust (above). We admired it for a while and began contemplating on a few things about it.

Namely, we precisely recalled events of all that historical hertiage destruction by Islamic fundamentalists in Irak and the middle-east at the time, and how it had everyone very much fired up around the table. Our response to this was to establish a positive stance on the unfolding events, with the help of combined modern technology.

We took it upon ourselves to create a positive outcome from the negative. First to show that where is there is will to destroy, there is simultaneous and equal will to rebuild, and in the hope that such a project could serve as a stark example of technological progress and as an optimistic reminder. 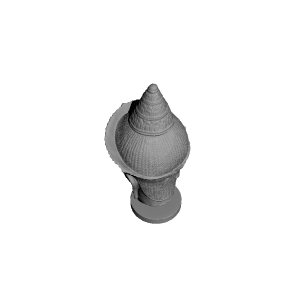 ×
2 collections where you can find Suryavarman Bust by le FabShop