3D
2,840 views 182 downloads
1 collection
Community Prints Add your picture
Be the first to share a picture of this printed object
6 comments

Suyumbike tower is one of the most popular sights of Kazan. The 58-meter tower is often called the architectural symbol of not only the city but of the whole of Tatarstan. The popularity of ancient buildings provides not only its location on the territory of the Kazan Kremlin, but also numerous legends associated with it. In addition, like the famous leaning tower of Syuyumbike is a so-called "falling" towers, and the deviation from the vertical axis is about 2 meters. #RepyourDept #Lulzbot3D #MyMiniFactory #RepyourDept, @Lulzbot3D @MyMiniFactory #3DMCGILL 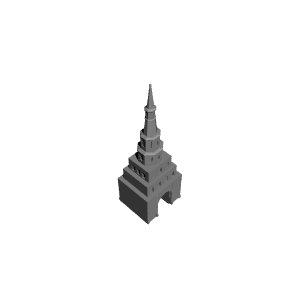