Sweeping Gesture for Maximum Space at the Middelheim Museum in Antwerp, Belgium

3D
Scan The World
2,979 views 85 downloads
1 collection
Community Prints Add your picture
Be the first to share a picture of this printed object
1 comments

Sweeping Gesture for Maximum Space at the Middelheim Museum in Antwerp, Belgium

The artist had the desire in the space to caress a large polished convex shape, whose width and height are determined by a semi-circle described by a sweeping gesture with both arms. On the basis of a small preparatory drawing, Ghermandi worked out this work, either directly in the foundry with a total of five units. Afterwards he made several drawings, some small and a large version (250 x 330 x 100 cm.) In bronze of this image.The first version is in Middelheim.

Quinto Ghermandi came from a peasant family and discovered early his interest in sculpture. He began as a child, playful ceramics to create, he made ​​clay formed and in an oven from oven stones burned his family. He began his education at the Liceo Artistico in Bologna at Cleto Tomba (1898-1987) and later at the Scuola di Ercole Drei and last at the Accademia di Belle Arti di Roma with completion 1940th. After the Second World War and four years of British captivity in North Africa, where he intensively on British magazines with the art of Pablo Picasso and Henry Moore employed, he started small sculptures to shape ceramic. In the 1950s, he began with abstract sculptures made ​​of welded metal. He was invited to participate at the Venice Biennale invited 1952nd This was followed by large bronze sculptures, 1958, he designed so animal figures for a park in Bologna and won in the same year so that the price of Bologna. The following year, he was awarded the prize for sculpture in Carrara and won, along with Lynn Chadwick, an international competition for bronze sculptures in Padua. It was represented at that time at all the major events of national and international art.

He participated in the biennals of Venice in 1960 and 1966, and the Rome Quadriennale 1965th During the 1960s he had more solo exhibitions and participation in major sculpture exhibitions in Europe, the USA, Japan,Brazil, New Zealand, the Iran and Egypt. In 1964 works by him were on the documenta III in Kassel in the Department of Sculpture shown. In 1967 and 1969 he won the prize for sculpture at Il Fiorino d'Oro in Florence. His works are part of public and private collections in Europe, particularly in Scandinavia, the United States and in Latin America. He created numerous public monuments and fountains around the world. Quinto Ghermandi was professor of sculpture at the Accademia di Belle Arti, first in Florence and then inBologna; 1981-1984 he held the post of Director. He was married to the painter Romana Spinelli. 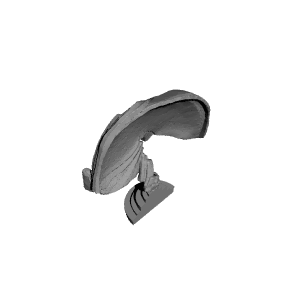 ×
1 collections where you can find Sweeping Gesture for Maximum Space at the Middelheim Museum in Antwerp, Belgium by Scan The World