3D
Scan The World
1,767 views 47 downloads
Community Prints Add your picture
Be the first to share a picture of this printed object
0 comments

Take or Tache Ionescu was a Romanian centrist politician, journalist, lawyer and diplomat, who also enjoyed reputation as a short story author. Starting his political career as a radical member of the National Liberal Party (PNL), he joined the Conservative Party in 1891, and became noted as a social conservative expressing support for several progressive and nationalist tenets. Ionescu is generally viewed as embodying the rise of middle-class politics inside the early 20th century Kingdom of Romania (occasionally described as Takism), and, throughout the period, promoted a project of Balkan alliances while calling for measures to incorporate the Romanian-inhabited Austro-Hungarian regions of Transylvania, Banat and Bukovina. Representing his own faction inside the Conservative Party, he clashed with the group's leadership in 1907-1908, and consequently created and led his own Conservative-Democratic Party.

An Anglophile promoting an alliance with the Triple Entente, he rallied politicians and intellectuals in support for the idea of Romania entering World War I. When this was accomplished though the 1916-1918 campaign, Ionescu joined the Ion I. C. Brătianugovernment in Iași as Minister without portfolio. After his country was defeated by the Central Powers and signed the Treaty of Bucharest, he left for Paris and London, organizing a Romanian National Committee to campaign for Greater Romania during the Peace Conference. In 1919, his Conservative-Democrats formed an alliance with the People's League, and Ionescu became Foreign Affairs Minister in the second Alexandru Averescu executive, before briefly holding the office of Premier in 1921-1922. During the period, he successfully campaigned in favor of the Little Entente.

He was the brother of renowned surgeon and political activist Thoma Ionescu, who was his collaborator on several political projects. Take Ionescu is also remembered for promoting Nicolae Titulescu, who went on to have a successful career as a diplomat and politician, and for his friendships with the dramatist Ion Luca Caragiale and the Greek politician Eleftherios Venizelos. 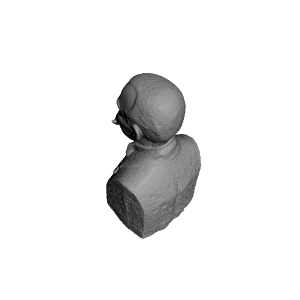 ×
0 collections where you can find Take Ionescu bust in Alba Iulia, Romania by apllana