3D
Scan The World
1,274 views 70 downloads
Community Prints Add your picture
Be the first to share a picture of this printed object
0 comments

The goddess Tara (literally 'saviouress') was widely worshipped in later Buddhism as an independent deity, particularly as a divine mother. Here she is represented holding a flowering lotus stem (padma) in one hand whilst gesturing the granting of wishes with her open hand (varada-mudra). The Green Tara, Syama-tara, is closely identified with Avalokitesvara Padmapani, the Buddhist embodiment of compassion and she is often regarded as his female manifestation. 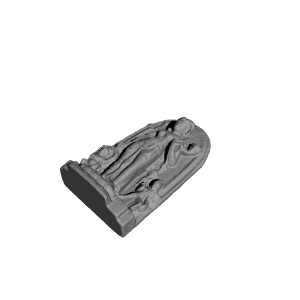