3D
30,788 views 2,182 downloads
52 collections
Community Prints Add your picture
Be the first to share a picture of this printed object
0 comments

I started making a new concept character in Zbrush specifically dlp 3D printing, in this case the B9Creator. I chose the Tau Fire Warrior from Warhammer and interpreted it in my own way. I made the whole thing in Zbrush. I had a base mesh modelled in 3D Studio Max and then sculpted the body in Zbrush, I then masked the areas so I could get the right shape for the suit.

I created the parts separately so I could add specific details to individual parts. I then used edge loops remesh and project all for clean parts, and then sculpted a bit to get the final shape.

After finishing all the details, I had to try the tpose in Zbrush so I could pose the model. After that I merged everything together using dynamesh and Zremesh, project all and finally decimation master for it to be ready to print on the B9Creator.

it took me 5 days to finish it, I ran into some errors with Zbrush but in the end I think it came out really well!

The brushes that i used:

I used a variety of masks for the rocky base

A Fire Warrior is a member of the Tau Fire Caste and thus serves as the primary soldier and the core combatant of the Tau Empire multispecies armed forces. Fire Warriors are efficient, professional soldiers. They are well-equipped,and their absolute belief in the Greater Good and their fanatical trust in the Ethereal Caste makes them deeply determined soldiers, grim in defence and aggressive on the attack. 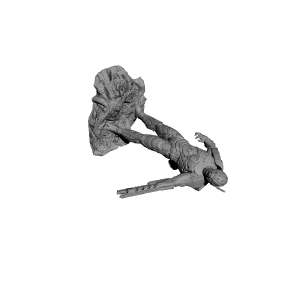 ×
52 collections where you can find Tau Fire Warrior by Stefanos