3D
360°
Scan The World
1,138 views 38 downloads
1 collection
Community Prints Add your picture
Be the first to share a picture of this printed object
0 comments

Taweret and other closely related goddesses were created from a blending of lion, hippo, crocodile, and human attributes. The three animals were some of the fiercest species found in ancient Egypt and combining their strengths produced a most potent deity and therefore amulet. Taweret's particular responsibility was the protection of women during pregnancy and childbirth. She is often portrayed leaning on a sa symbol. Her representation was sometimes used on tomb walls or funerary equipment to protect the deceased during rebirth. 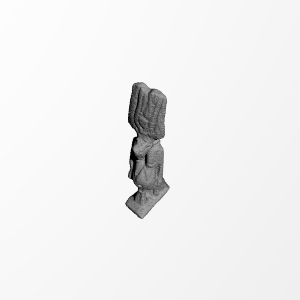 ×
1 collections where you can find Taweret Amulet by HMANE