Reality twists as an other worldly door opens. A wizard steps across an ancient sigil carved into the floor of a dusty tomb only to suddenly find herself thousands of miles away. No matter the setting or story of your campaign, a teleportation circle is one of the most exciting things a player can encounter in a tabletop roleplaying game. Just when adventurers think they have reached the end of a journey, a teleportation circle lets them know that the story is only just beginning. Like always, Teleportation Circle can be combined with our series of other D&D themed designs to create a fully modular 3D-printed dungeon for your D&D group. Requiring no supports, Teleportation Circle is a quick and easy build that can be ready to use in only a few hours. 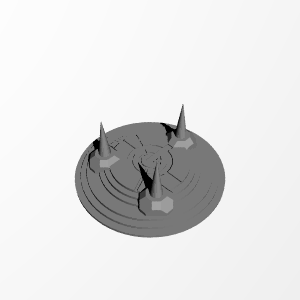