3D
Scan The World
1,257 views 35 downloads
Community Prints Add your picture
Be the first to share a picture of this printed object
0 comments

Tell Halaf is located in the Al Hasakah governorate of northeastern Syria, near the Turkish border. The site gave its name to Halaf culture which flourished in the 7th millenium in Norther Syria. It was discovered in 1899 by Max von Oppenheim, a German diplomat, while he was surveying the area to build the Baghdad Railway and he returned to excavate the site from 1911 to 1913 and then again 1929. 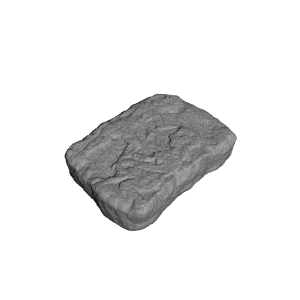