Tell Halaf relief of a leopard

3D
Scan The World
1,641 views 40 downloads
Community Prints Add your picture
Be the first to share a picture of this printed object
0 comments

Tell Halaf relief of a leopard

Situated on the headwaters of the river Habur in north-eastern Syria, Tell Halaf was excavated between 1911 and 1921 by a German expedition under the direction of Baron Max von Oppenheim. Large areas of the early Iron Age city (ca 1200-900 B.C.) were revealed. Ruled by an Aramaean family, the city, known as Guzana (Old Testament, Gozan), reached its peak of prosperity around the middle of the tenth century B.C. under king Kapara. The base of the south wall of Kapara's palace was lined with a series of 187 reliefs carved in black basalt alternating with red-ochre tinted limestone.

Although Tell Halaf was occupied in later periods, it ceased to be an important city after the fall of dynasty of Kapara. 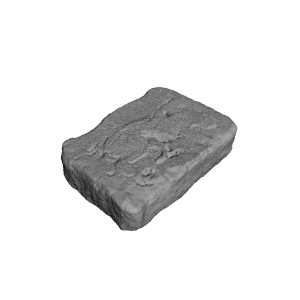