3D
Scan The World
2,784 views 155 downloads
3 collections
Community Prints Add your picture
Be the first to share a picture of this printed object
0 comments

This is a (low resolution) bronze topping of a temperance fountain in Clapham park, London created and erected in 1884. On the base of the fountain there is a plaque that reads, "The gift to the United Kingdom temperance and general provident institution".

A temperance fountain was a fountain that was set up, usually by a private benefactor, to encourage people not to drink beer by the provision of safe and free water. Beer was the main alternative to water, and generally safer. The temperance societies had no real alternative as tea and coffee were too expensive, so drinking fountains were very attractive.

Muddied and ill-tasting drinking water encouraged many Americans to drink alcohol for health purposes, so temperance groups constructed public drinking fountains throughout the United States following the Civil War. The provision of drinking fountains in the United Kingdom was also linked to the temperance movement in the United Kingdom, with the Metropolitan Drinking Fountain and Cattle Trough Association in London drawing support from temperance advocates. Many of its fountains were sited opposite public houses. The evangelical movement was encouraged to build fountains in churchyards to encourage the poor to see churches as supporting them. Many fountains have inscriptions such as "Jesus said whosoever drinketh of this water shall thirst again but whosoever drinketh of the water I shall give him shall never thirst". By 1877, the association was widely accepted and Queen Victoria donated money for a fountain in Esher.

Many fountains, within London and outside, were called temperance fountains or would have a representation of the Greek mythical figure Temperance. 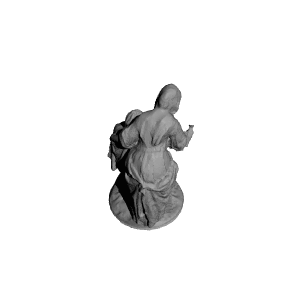 ×
3 collections where you can find Temperance Fountain in Clapham, London by Scan The World