3D
Scan The World
6,011 views 846 downloads
11 collections
Community Prints Add your picture
Be the first to share a picture of this printed object
0 comments

One of the 8,099 figures that have so far been unearthed at the site.

The Terracotta Army was discovered in March 1974 by local farmers drilling a water well to the east of Mount Lishan. Mount Lishan is the name of the man-made necropolis of the First Emperor of the Qin Dynasty; [Qin Shi Huang]. This is also where the material to make the terracotta warriors was made, and found. Construction of this mausoleum began in 246 BC and is believed to have taken 700,000 workers and craftsmen 38 years to complete. Qin Shi Huang was interred inside the tomb complex upon his death in 210 BC. According to the Grand Historian Sima Qian, the First Emperor was buried alongside great amounts of treasure and objects of craftsmanship, as well as a scale replica of the universe complete with gemmed ceilings representing the cosmos, and flowing mercury representing the great earthly bodies of water. Pearls were also placed on the ceilings in the tomb to represent the stars and planets, etc. Recent scientific work at the site has shown high levels of mercury in the soil of Mount Lishan, tentatively indicating an accurate description of the site’s contents by Sima Qian. 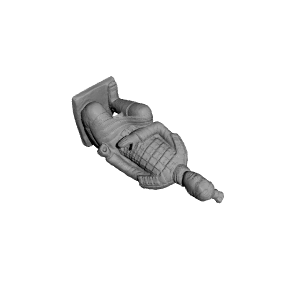